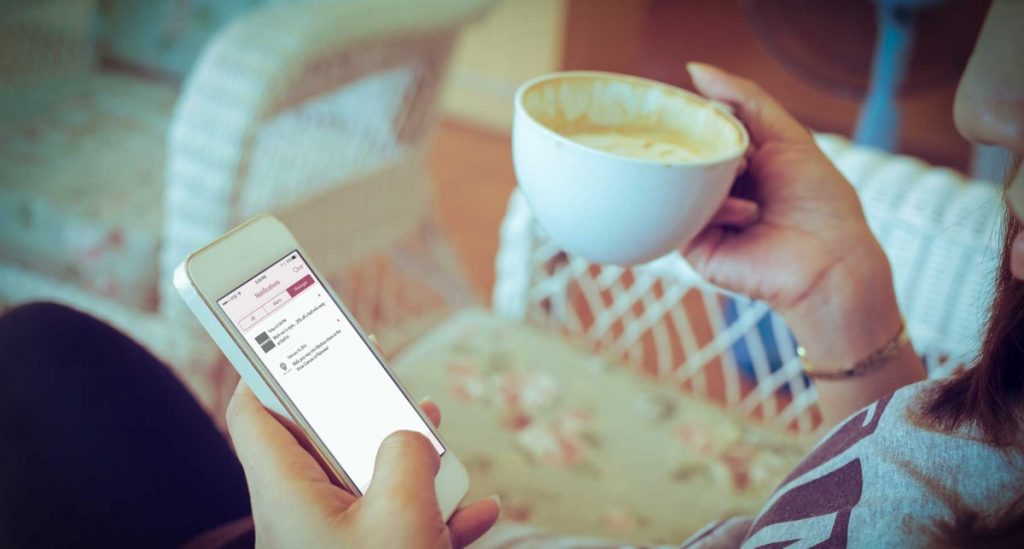 Mobile messaging, especially tied to proximity, has become a very popular and effective means of engaging with consumers. The proliferation of smartphones and how users are embracing mobile commerce (see recent studies that support this) has created the perfect storm for marketers. You can now message your customers through various strategies, but given the ephemeral nature of push notifications, your customers could easily miss important messages. Strategies that employ more persistent messaging such as email and SMS have shown varying degrees of success, but those utilizing “message centers” have been the most effective by far. In this post, we’ll discuss the effectiveness of using in-app message centers and how ShopAdvisor has utilized this strategy to double mobile messaging open rates.

In a previous post, we discussed best practices for mobile messaging, which included referencing store locations, targeting user affinities, and associating content with media influencers. But sending relevant messages only matters if your users actually see them. Furthermore, simply seeing the message flash on their screen isn’t necessarily enough to get them to engage.

When a user receives a push alert, they could be doing anything – driving, pushing through a crowd in the subway station, or simply engaging in a conversation with another human being. In many of these situations, it’s highly unlikely, regardless of how compelling your message is, that the user will engage right then and there. It’s even more unlikely that the user will scroll back through their list of iOS or Android notifications to find your message at a later time. Given this combination of distractions with the ephemeral nature of push notifications, you need to have a persistent way to store messages on the user’s device, as well as a method for reminding the user that there is information waiting for them.

A user’s device can store persistent messages in several easily accessible places, including email, SMS (text messages), or social channels, such as direct messages in Twitter or notifications in Facebook. However, regardless of how ubiquitous these options may be, none of them provides the marketer with the isolation and customization of an in-app message center.

One of the best strategies that ShopAdvisor has found to combat ephemeral push notifications is to add a message center within the mobile app. This serves as an inbox for any communications that you send to your users, allowing them to review these messages at their convenience. Having a message center gives both the marketer and the user a number of benefits:

We might think, given our own smartphone behavior, that we react immediately to alerts on our phone, which is often the case with personal communications like text messages and Facebook notifications. As this study indicates, approximately 90% of SMS messages are read within the first 3 minutes. Comparatively, ShopAdvisor found that only 34% of users opened push notifications in less than 3 minutes. Nearly 60% of engagement occurred more than 2 hours after being alerted. Without a way to remind users about these messages, many of them will simply go unnoticed.

In a recent mobile proximity campaign, ShopAdvisor found that our in-app message center was responsible for more than 40% of all message opens. A small percentage of the opens came directly from push notifications after 3 minutes, but without the persistent storage, message interaction rates would have been nearly cut in half. We also found that the SVR (store visit rate) for users who viewed the message immediately versus those who deferred until later were nearly identical at 21% and 22% respectively.

ShopAdvisor has spent years engaging with consumers on our deferred shopping platform, which allows them to set alerts for product they are interested in. We have consistently found that of those users who interact with one of our shopping experiences (in-store comparison shopping or exploring products in magazines or websites), more than 90% will not purchase the product during their initial session. However, a survey of our users did find that 45% still intend to purchase that product or a similar one at a later date.

The observed natural consumer behavior is to defer purchases until they have gathered enough information to make an informed decision. This type of behavior is evident in webrooming, online comparison shopping, and the use of deferment platforms, such as ShopAdvisor, Wanelo and Pinterest. Marketers can leverage this same type of behavior by allowing users to interact with messages at their convenience. The standard mobile marketing mantra is to deliver the user the right message at the right time in the right place. Of the three, delivering a message at the right time remains the most elusive and difficult to master. Embracing a user’s natural deferment behavior with message centers goes a long way to solving that problem.

In this post, we reviewed the problems created by ephemeral push notifications and how persistent messages within an in-app message center can benefit both marketers and their users. We also discussed the interaction habits of users and how a vast majority of them interact with mobile messaging hours after being alerted. By recognizing these usage patterns and embracing this natural consumer behavior, marketers can significantly increase the effectiveness of their mobile campaigns.

I hope that you’ll find this information useful in your journey to better understand your users’ behavior and build successful mobile programs.

🗓 This post was originally published on March 22, 2016 by Jeremy Daly.